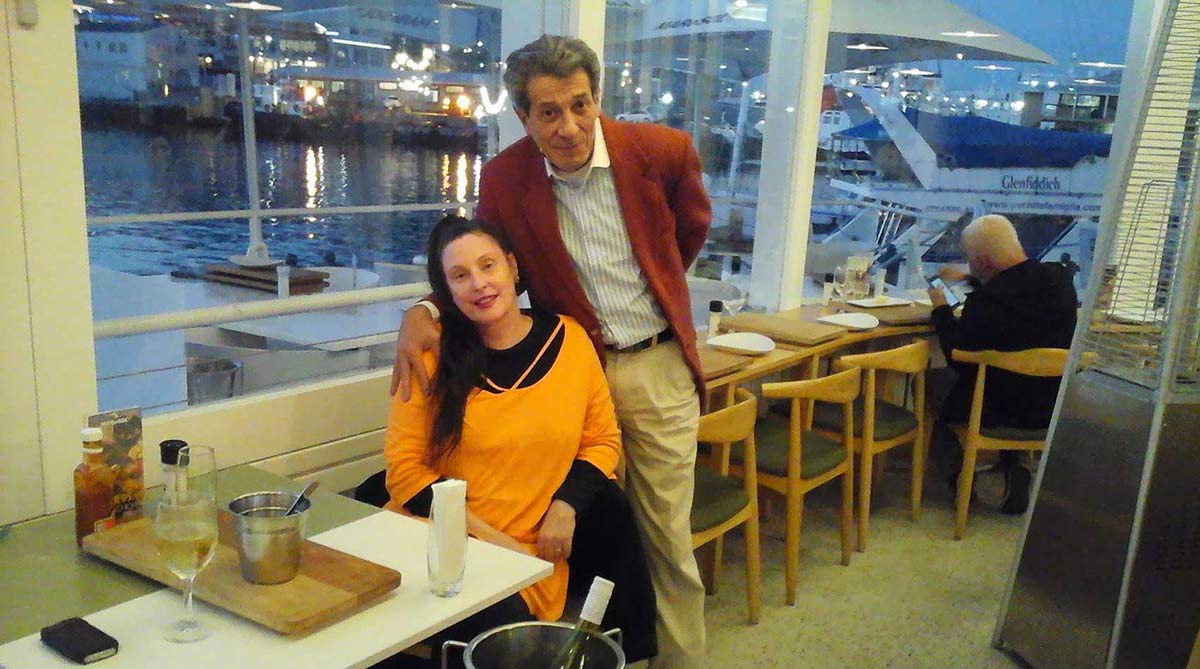 You Have Helped Create My Own Eulogy and It's Funny

Donna and Her Minion at Mar e Sol. We had just finished her Eulogy - for which I had been creating all the images she wanted.

and i am insensitive I suppose. I mean I don’t know what you think. u have helped create my eulogy and its so funny.
I am looking at it again now and it makes me laugh with your happiness at helping me

those minions are just so right. I dont doubt u chose them like that.
the minion at seapoint is like so ‘satisfied/content’. the one with your raised glass is thrilled. the minion at the restaurant is just at peace.

I do not want you to cry. unless its tears of relief for both of us.

as further fun is the way u said ‘those 3 prawns’./ like ‘those 3 naughty schoolboys’ or ’those 3 ducks’. its hysterical.

I will expect that you will of course have some funny things to say abt me/us at my dust-off.
the sorts of things you say to me that always sets me of in rolling laughter. like these three perfect minions kevin stuart and dave. 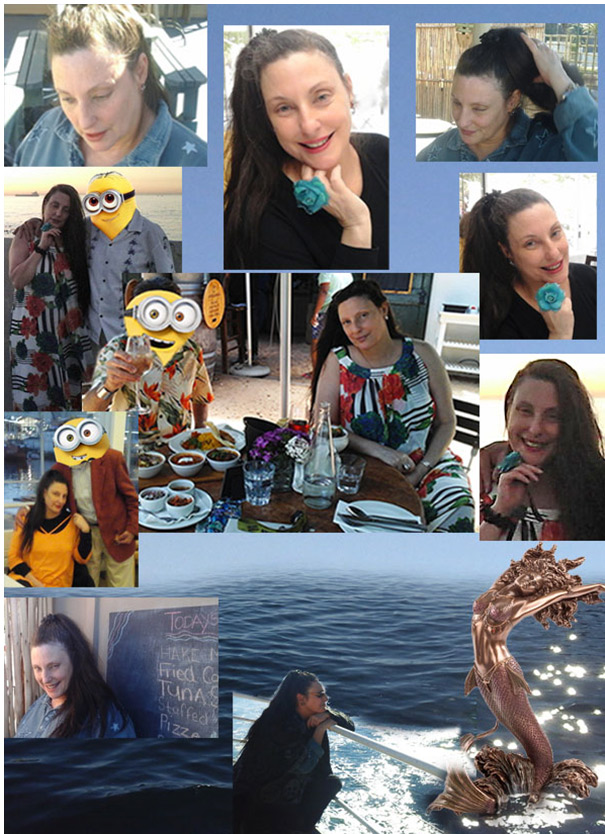 Donna with Her Minions... LOL

In Bocca al Lupo - Into The Mouth of the Wolf

In bocca al lupo is an Italian idiom originally used in opera and theatre to wish a performer good luck prior to a performance.

These are the Minions she is talking about. Stuart, Kevin and Dave.
She was so thrilled when she saw them. She must have watched all the
"Despicable Me" movies about 10 times each. That's why she knows their names!

She did not want to have me actually in her Eulogy, for obvious reasons... so when she saw my "creative solution" arrive in her e-mail, she phoned me screeching with laughter...."MY MINIONS!"

When I went to fetch her for dinner, she was laughing and kissing me saying:
"Could we have ever imagined that I would have you to help me with My Eulogy.
I love you - my Minion! X -X-X Let's go and Celebrate! MINION!!! Laughing, excitedly.

She wanted to see Despicable Me 3 which had just been released in the U.S. but wasn't due here before her Mission.

So I downloaded a bootleg copy on-line, for her. One of my last gifts to the Darkwolf before she set off on her Mission.

So that my Shiny Wife could die laughing with all of her Minions. She kept phoning me all-night long to tell me the bits that caught her fancy. Sometimes I could not understand what the hell she was saying - she was laughing so much! I love her laughter.

So! If my being the Darkwolf's "MINION" made her happy, I was AS happy to be her "MY own personal, private Minion". As she put it...

The mermaid picture she sent me for the back cover was from a website.

The ACTUAL Mermaid was amongst some of the gifts she had left for me to open on scheduled, pre-scribed dates, after she had left on The Mission.

Ah! I Love My Shiny Wife! 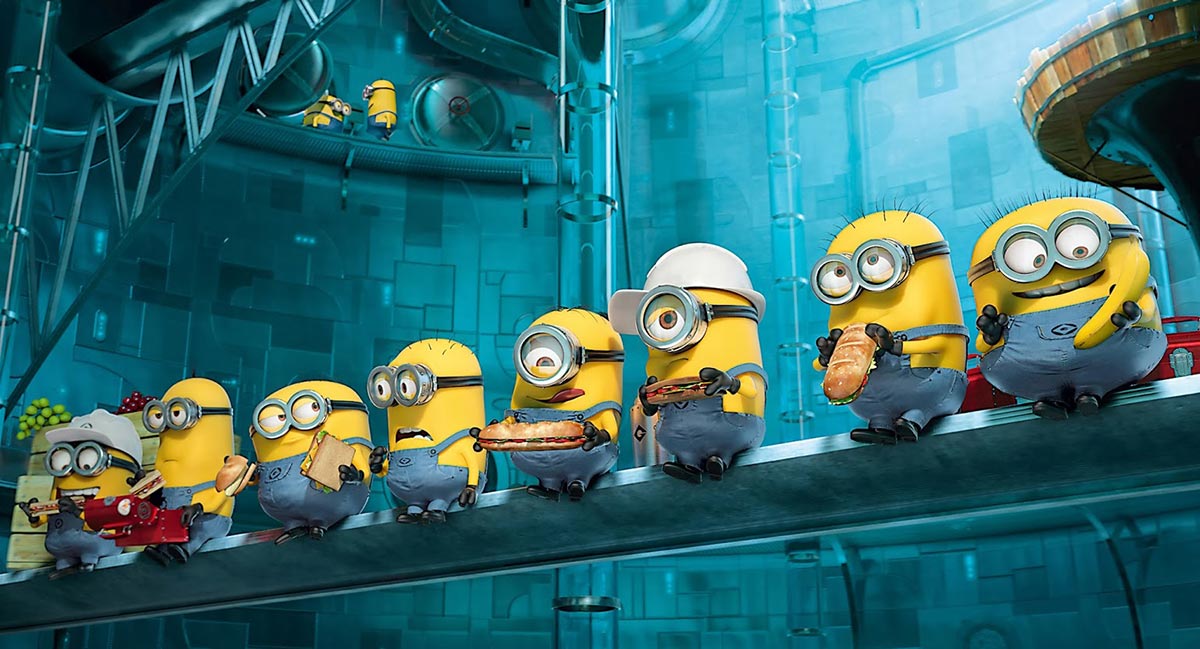 Minions on A Lunch Break

One of Donna's favorite "Minion" images. I'm the one at far left - with a chocolate bar. Apparently.
How so? - I ask her to explain
There are only TWO minions wearing a Foreman's Helmet
And of the two HAPPIEST Minions - only ONE is a Foreman
AND - he is the only one with a chocolate bar - which is probably mine. YOU'VE been eating MY chocolates!!! -
she jokingly accused me, when she saw this pic in her e-mail.