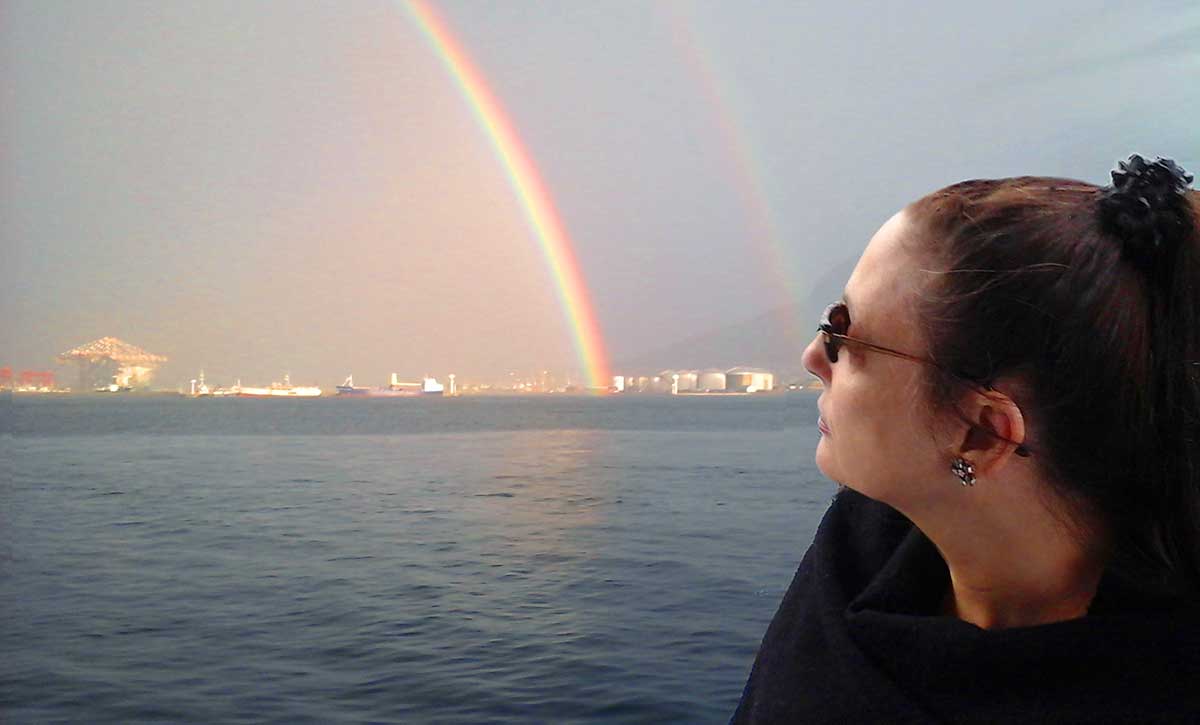 One of Donna’s favourite dinner-time slow tango’s, around our large kitchen as we prepared dinner.
"Come! Soldier Mine! A slow tango if you please... Take your Only Love! Your Unica Amore! And dance me to Love..."

While I was taking this shot, Donna said, wistfully:
"Where the Rainbow touches the Sea - Is where my Home will one day be... You can visit me there
"I am never far away from you."

With Grace and Determination and Her Sheer Will.

This is a Final Note, from me, Franco. The author of the Donna Darkwolf’s life and times.

Of all the people in this world, apart from her parents, I lived with Donna the longest.

There are people that have known Donna longer than I have. That have lasting and deep friendships with her, who love her.

But none of them has lived through Donna’s life, Second by Second,  for Ten Years. One fifth of her Life.
I. The last observer of The Delicate Edge she walked. The last dancer of her heart. The last name upon her breath.
Her final kiss...

Why Am I Writing This?

In building this website dedicated to My Only Love and Beautiful Friend – I have relived all those moments.

These missives and e-mails demonstrate. The Love we cherished together, and reflect only some of Donna’s Love, anguish and darkest moments.

This is written so as to leave no doubt in your mind about the Clarity of the Donna Darkwolf's Mind, and Indomitable Spirit.

Donna was a brilliant scholar. A deeply profound philosopher. A caring and nurturing Teacher and Counsellor. An ordained Priestess.
A Published Author. A riveting Lecturer.

With her deeply Spiritual beliefs in Life, Love and the Mother Universe, she was an Arch-Priestess heartily dedicated to her Wiccan and Pagan religion.

A fierce believer in The Truth, and fighting tooth and claw against injustice.
Donna was a Practitioner of Goodness toward the poor and destitute
that she encountered. A lover of Animals and their care and well-being.

The Beauty of A Witch - My Witch

Despite these obstacles, she was able to rise to a certain level of "Fame" in the Wiccan and Pagan Community.
Donna Darkwolf compels attention.
An indomitable personality, that has overwhelmed the Courts when she bought law suits against Government Departments.
A leading light that led Pagan Rituals and Wiccan Ceremonies.
A wise teacher and councellor, who was ever ready to engage with and help others.
A strong presence in the media, whether in interviews, or in articles about her
Donna Darkwolf shone... Most remarkable and most unique.
A sharp and critical mind, that could have made her a formidible lawyer, had she ever persued that career.
A Blue Fury,  if she encountered lies, deceit or duplicity.
And an unpredictable allergic reaction to stupidity

Donna had the mind of a glass crystal scalpel. Transparent. Shiny. Sharp.

Nonetheless, only a few of her closest friends knew of the Donna Darkwolf's struggle against her ailments.
Donna's bi-polar condition gave rise to a cloud of ever-spiralling decent into an unsurmountable grief.

The Darkwolf’s brave decision to pick up her spear and her shield, and march resolutely and boldly into
The Undiscovered Country, was an easy choice for her.

It was HER BEST RATIONAL EXIT CHOICE,  based on all the possible future outcomes of the cause of her degenerating health.
As she wrote in her farewell, her departure was NOT a suicide.

There was no despair, nor sadness, nor desperation in her decision.

As Donna said to me:
“This is a War! A soldier commits to battle – not to dying.

When soldiers go to war, to fight in great battles, no one calls their actions 'suicide'.

Theirs is the action of BRAVE COURAGE!”

Her last acts in This World were to have One Last Tango, before going out to her favourite curry Restaurant for our Last Supper, together.”

As Donna Darkwolf's faithful Flight Lieutenant (and favorite Minion), I would be remiss in my Duty to report on the condition of my Captain's mental stability.

Let my report reflect that this Flight Officer, Franco, concurred with the judgement of the Captain.

I seek no relief. My Shiny Wife,  The Donna Darkwolf ordained her final action.

She was: "Fit For Service".
In military parlance: "Of Uncommon Valour".

Furthermore, let this report reflect that this Flight Officer, is bound by oath and duty, to uphold the judgement of my Beautiful Witch.

Donna Darkwolf was HAPPY. Relaxed. Totally at ease with herself.

We never ever said: “Goodbye”. That was our Pact.

After OUR Last Supper..."Good night My Love..."
Then, just our usual lingering, passionate kiss. 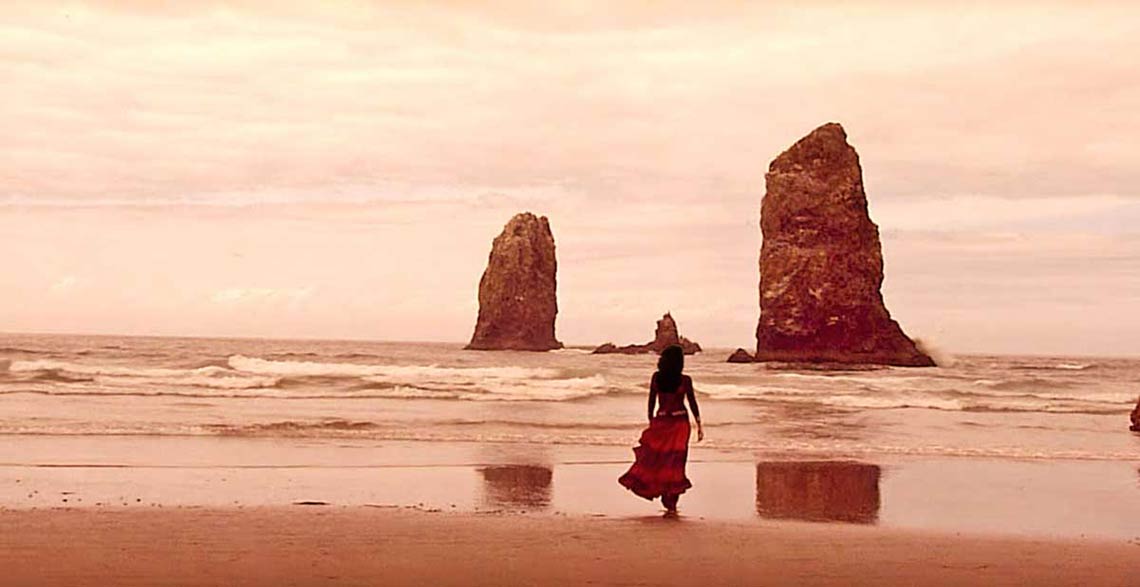 Donna and The Sea. Somewhere in Turkey

Having me translate the words for this song, gave Donna immense happiness - now that she could understand:

The History of Our Love

Worshipping you was religion for me
Adorarte para mí fue religión

Start at The Beginning

To prevent robot spam, there is no link design@franco.co.za