"And u are my saint of choice"

This e-mail just blew me away.

That despite my violent verbal and emotional abuse over 9 yrs u have held it together ----- u have never lost sight of who u r, your identity, and your worth …… this is the sign of a great man.

I was watching a movie called ‘st vincent’ last nite. Bill murray played a gambling drunk loner, and abusive (rude, and swearing to anyone), with a ‘lady of the night’ as his only friend. A little boy befriends him and he is at a catholic school and they have to do a project on a saint of their choice. Everyone chooses the predictables.

The boy chooses bill murray and explains despite his aggression, his drinking and gambling problems, his lady friend - he is a saint. He was a general in the Vietnam war, and was a person like u from helicopters. And saved 200 people single handily.

His wife was in a frail care facility – she had dementia and no longer recognised him. But he could no longer afford to keep her there. she would have to go to god knows where. thankfully she died so he could be spared that pain.

It’s a long story but its what he did for his wife that no one knew abt and what he actually did to help so many people silently.

And the marks of a saint are:

and so on and so on. They do not have to come in a chocolate box with a ribbon and a halo on it.

And u are my saint of choice. And only god knows what a saint u r – and me, and dale, and D and angela.

I figured out why we argue, as we do

you are a trained soldier, designed for a specific military program. seek and kill.

i am a trained warrior priestess, trained to seek and teach...

You are designed to complete that which i build

Two opposites . the nurturer of the nest - and the freelance killer.

my franco... what are the chances of a witch and a soldier???

I can hear you in my head: get on the Ready Line Soldier

Do or Die Trying... now i know what you mean abt "one chance only
We must have lunch at jonkershoek tomorrow. i love constantia. I want to see the ducks

fetch me in the morning my beautiful soldier

my faithful minion i love so much 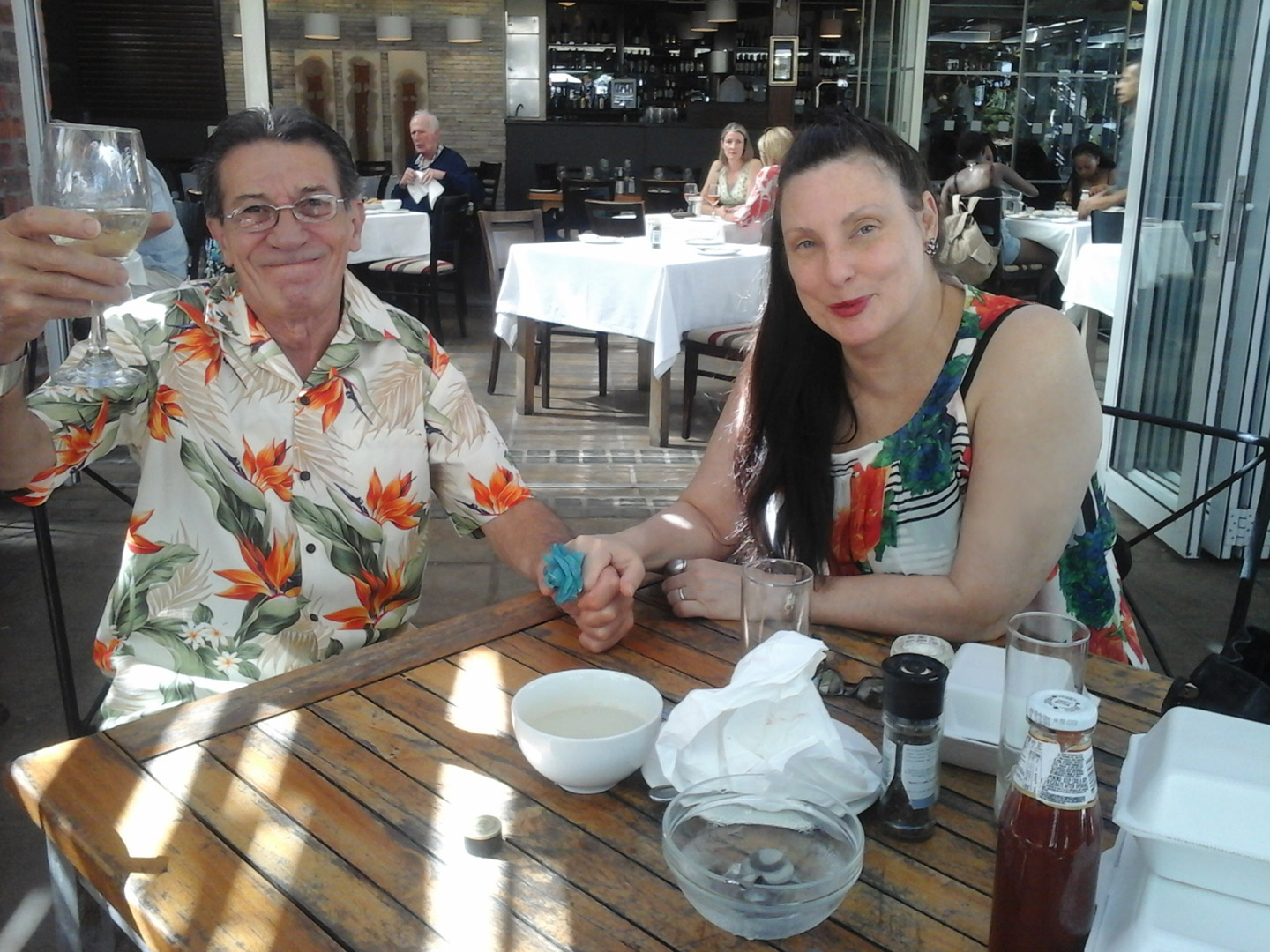 My Donna Strega and I at Simon's in Constantia