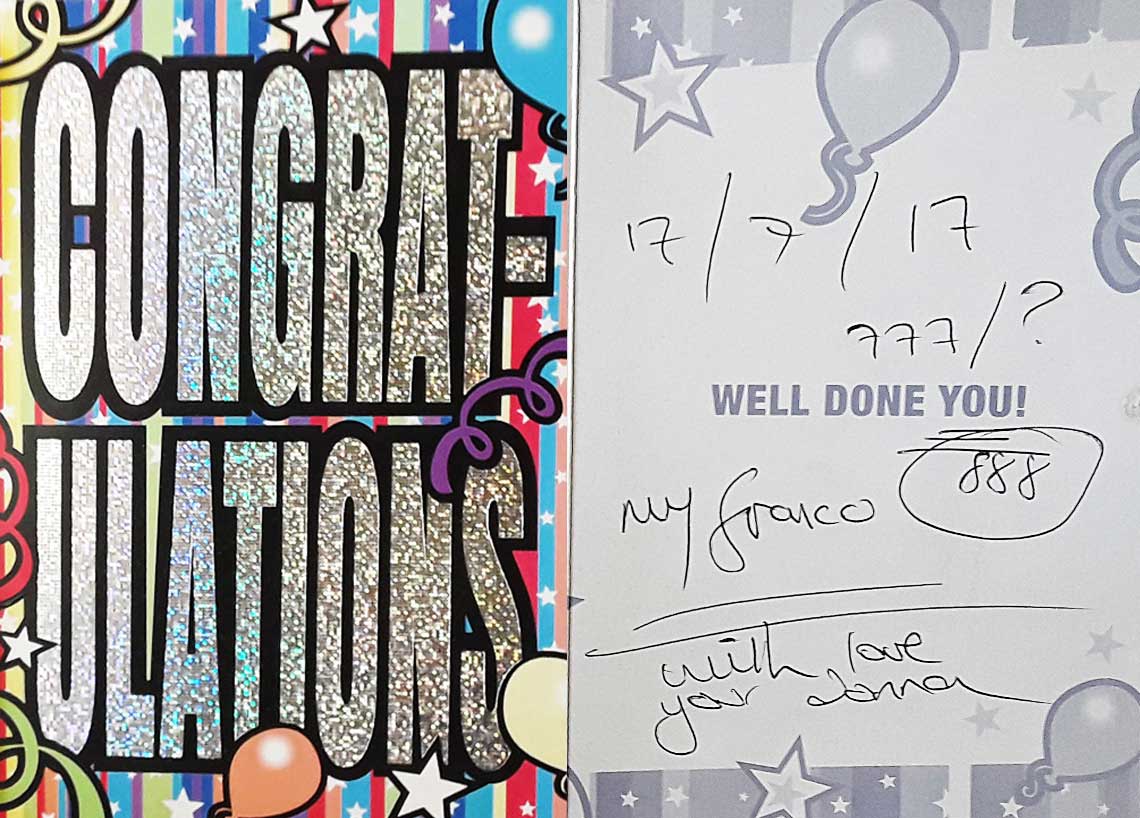 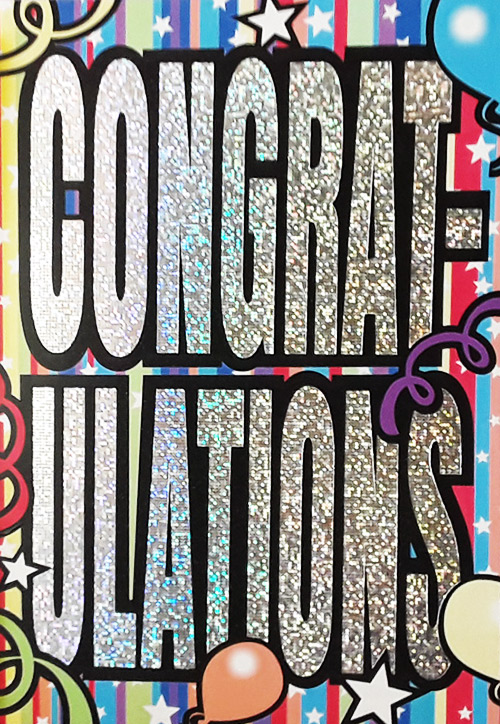 The Story about This Card

The Going Gets Weird

Owing to the fact that The Dept Of Motor Vehicles could not find a trace of my drivers licence... I had had to redo the whole learner driver tests, get my Learners Licence, and then go do my Driving Licence test which I passed on 7 JULY 2016

Donna dated the card 17 JULY 2017.  We had had a set-to about registration of the WOLF. She would not let me have the 888 Plate. So I would register WOLF 777.
I was at the DMV registering WOLF 777 when she called me to say I could keep WOLF 888.
She wrote the transfer notice on 10 July, and WOLF was transferred to me on that day... which results in this series of coincidences>>

So WOLF 777 was not registered on 7 July - the day Donna left for Eternity.
WOLF 888 passed to me on 10 July coiniding with my visit to the morgue.
I kissed Donna farewell on 17 July ONE YEAR after she gave me this card.
I collected the Donna Darkwolf's ashes on 21 July.
21 is divisible by 7. One of THREE numbers in a calendar month. The other two being 7 and 14.

This set off a chain of events regarding Triple Se7en.  Read the 777 Saga...

Regarding my Licence. When I went to collect it there was a freak-out.They wanted to know why I wanted ANOTHER LICENCE, WHEN I ALREADY HAVE ONE!!!
The Licence they could not re-issue because there was NO TRACE that I had ever had a licence

About the reference I made to "Field Marshal Erwin Rommel". On 17 July 1944, a British fighter plane strafed Rommels staff car, causing the car to crash and a seriously injured Rommel was hospitalised for some time.